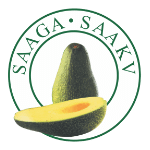 The South African Avocado industry consists of 17500 ha of commercial avocado orchards, the majority of which are situated in the North Eastern part of the country in the Limpopo and Mpumalanga Provinces. Avocados are also grown commercially in certain areas of KwaZulu-Natal Province and parts of the Eastern and Western Cape.. Annual production is the region of 125 000 t, of which approximately 60 000 t is exported to Europe and the United Kingdom. The remainder is consumed domestically and approximately 10% is processed (oil and purée). The South African Avocado season extends from March to October; due to climatic variability between growing regions most of the major cultivars are available over an extended period during the season. With the expansion of the industry, SAAGA is working to access new markets such as the USA, Japan and China. 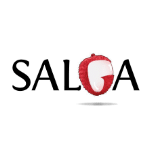 The South African Litchi industry consists of 1730 ha of commercial litchi orchards, the majority of which are situated in the North Eastern part of the country in the Limpopo and Mpumalanga Provinces. Annual production is in the region of 6 000 t per annum with product sold fresh and to juice processors.  Europe is presently the largest export market. The South African Litchi season extends from November – January each year. 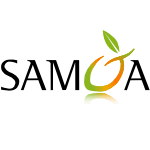 The South African Mango industry consists of 7000 ha of commercial Mango orchards producing around 65 000 t per annum. Approximately two thirds of the crop is processed to juice, dried mango and achar (green mango pickle). Most of the remainder of the crop is consumed fresh in South Africa, and some is exported fresh to the Middle East, Africa and Europe. The main growing areas are in the North East of the country in the Limpopo and Mpumalanga provinces. The mango season is from November to Mid-March each year.